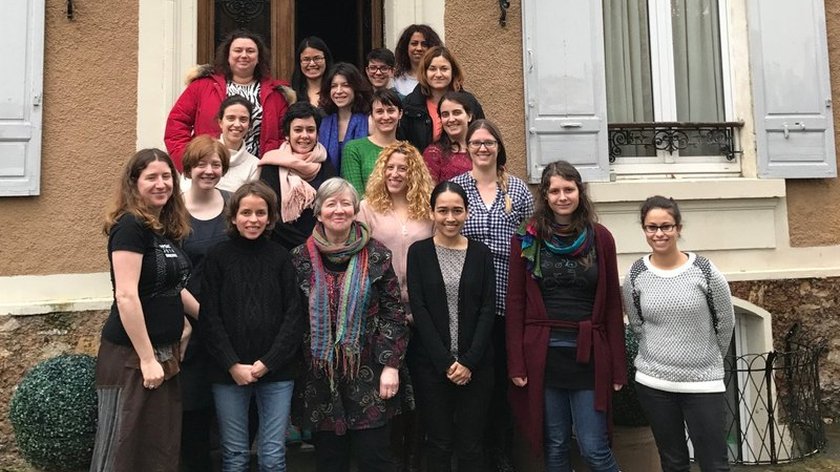 Last January, Viviane Pons, Jessica Striker and Jennifer Balakrishnan organized the first WomenInSage event in Europe with OpenDreamKit. 20 women spent a week together coding and learning in a rented house in the Paris area.

To open the workshop, Viviane, Jessica, and Jennifer gave a series of introduction to Sage lectures at the Institut Henri Poincaré in Paris, covering combinatorics and number theory.

The workshop then moved to the rented house. There, we organized short talk sessions to get to know our respective research fields and expectations for the week. After that, we were able to split into small groups to work on many different projects: STL export, Krummer surfaces, Kuznyechik cipher, Motzkin words, Shioda invariants, and more. We also had presentations on How to contribute to Sage (with a crash course on git) and How to write a Sage package. Every evening, we had a Status report session to share our progress with the group. You can read our program and final status reports on the event wikipage.

Viviane Pons is one of the organizer of the local Paris chapter for PyLadies. She organized a meeting between the WomenInSage mathematician and the PyLadies developers. We were welcomed by Algolia for an afternoon of coding-and-chatting with the PyLadies. 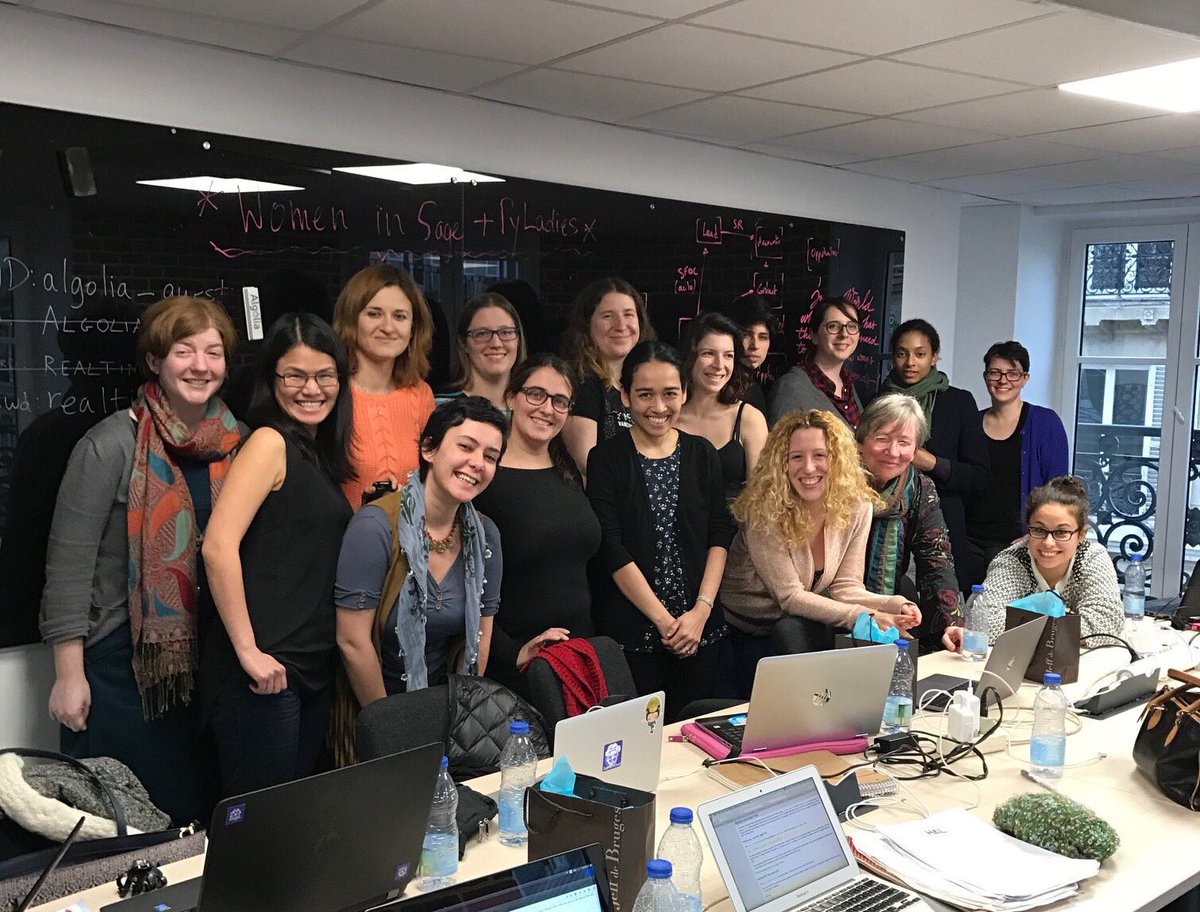 The data presented here come from a post-event questionnaire sent to the participants.

The gender gap is very important in the mathematic development community. In the OpenDreamKit project, among the 54 participants we are only 3 women. This reflects the global situation in the field. Many mathematician women are still hesitant to join our community and lack confidence in their abilities as developers. Organizing a women targeted event is a way to motivate them and building up self-confidence in a safe and casual atmosphere.

The women who attended the conference had various level of programming experience ranging from 1 (no experience) to 5 (a lot of experience).

This disparity also reflected in their knowledge of Sage.

As for contributions, only 4 participants had contributed to Sage in the past which included the 3 organizers. Also, a majority of participants had never attended a Sage Days before. Actually, 6 of them had never even heard of Sage Days and 2 of them said they did not think it was “for them”.

To the question “How did the fact that the event was targeted to women impact your decision to come? (Would you have participated in a classical SageDays)”, Many participants answered that it was indeed a factor a their decision.

Yes, but it helped. I didn´t feel so sure about my skills and being surrounded by women made things easier.

It was a new experience that I don’t regret at all.

I might have participated, but would have been less confident.

I have participated in and benefited from classical SageDays, but found this event to be even better at creating an atmosphere where everyone felt empowered to learn and contribute.

I made a special effort I would not have done for regular sage days.

One of the participant said she would not have felt comfortable sharing a house with men but that this event was such positive experience that she would now consider it for other Sage days. The event helped building up the confidence of the participants, 9 of them said they felt more confident to attend classical Sage Days after the event.

We took advantage of the diverse knowledge background of our group to work together and learn from each other. It was an occasion for many “first times” among participants who had very little experience with Sage:

We worked on 14 tickets during the week, 6 of those which have been merged since the conference. All participants said they had learned new things and it would impact their careers.

This also was an occasion to start projects and form more research and development collaborations for future.

All of this happened in a very casual and welcoming atmosphere. We used the common rooms of the house to work. We cooked international, vegetarian friendly meals (some participants had brought food and recipes from their home countries). We got to know each other and shared more than code. All participants agreed that it was a very positive experience. When asked to rate the general atmosphere of the conference, all of them gave a 5.

As an organizer, it was also very rewarding and it motivates me to do it again. To the question: “Any other comment you might have?”, we only got one answer.

All three organizers were so very generous with their time and expertise, and created a wonderful supportive environment. Thank-you!