How OpenDreamKit supported the RSE revolution

The term ‘Research Software Engineer’ refers to the people in research who are roughly in the middle of a continuum with ‘Software Engineer’ at one end and ‘Researcher’ at the other. They have skills and responsibilities associated with both professions but don’t fully identify with either one. Such roles are prevalent in industry with Microsoft being one of the leading examples of a company who developed career pathways for them.

Prior to 2012, The Software Sustainability Institute, conducted a study of academic job adverts and discovered that there were 194 different job titles for what we now call ‘Research Software Engineer’. 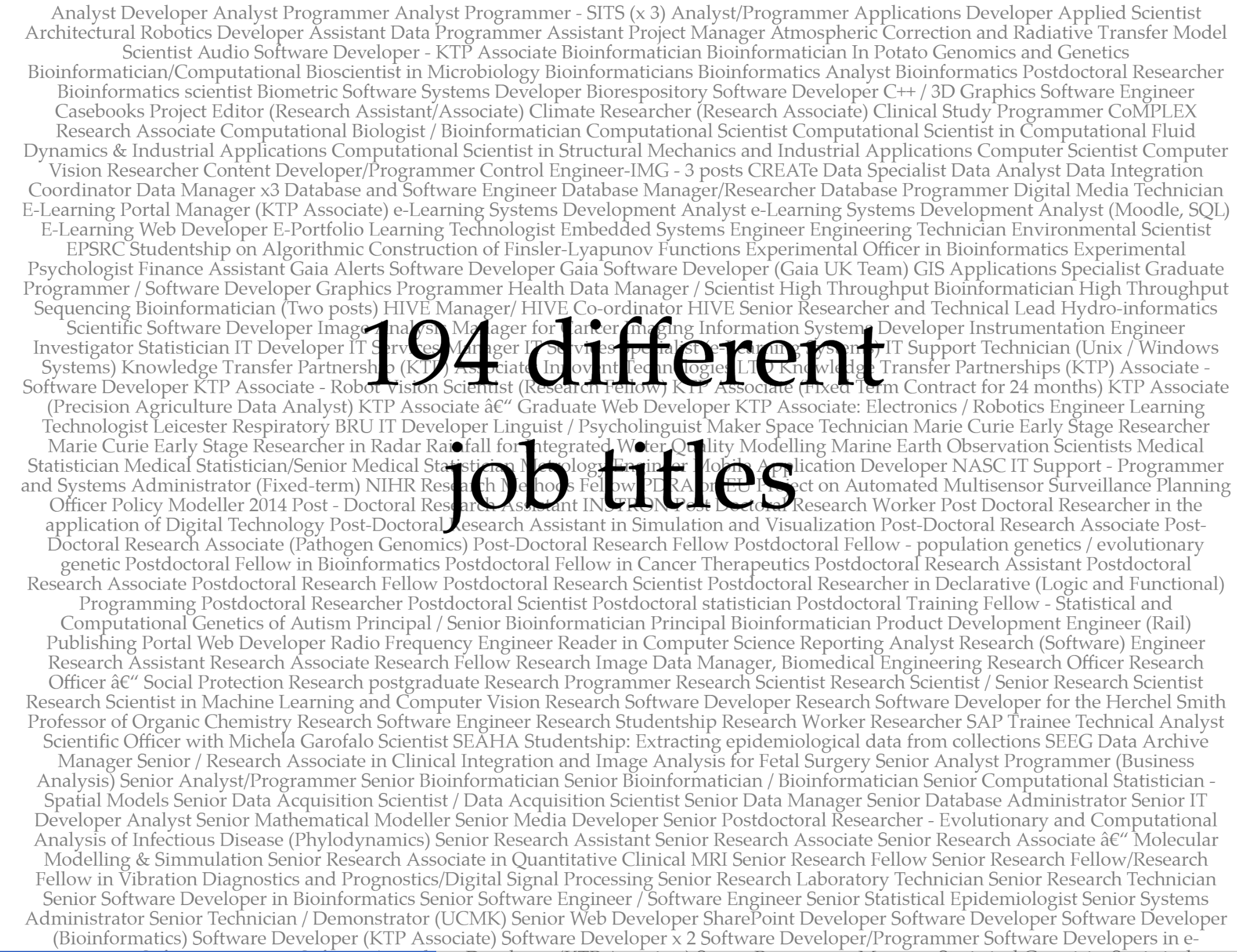 This, among many other things, made it difficult for such people to progress their careers within academia. When everybody refers to what you do by almost 200 different titles, your CV ends up looking a little odd to say the least.

Thus, the SSI came up with the term ‘Research Software Engineer’ (RSE) and campaigned to bring a community of such people together. For more information on the RSE movement, see the video of my JuliaCon 2018 talk linked to below

By 2015, there were a small number of central ‘Research Software Engineering Groups’ within UK Universities with my group at Sheffield (co-founded by Paul Richmond) being among the first (Ref: RSE State of the Nation 2017: https://zenodo.org/record/495360#.W9Yg5hP7TOQ). OpenDreamKit was one of the first projects we won that demonstrated that funders would support RSEs on major grants – this improved credibility of the new role a great deal and helped secure its future at Sheffield.

Part of the OpenDreamKit dissemination strategy was to explicitly target the emerging RSE community. If you get the people who advise researchers, your reach is enhanced compared to targeting researchers directly. We developed and delivered a workshop on using Jupyter notebooks for reproducible research (materials at https://github.com/trallard/JNB_reproducible) for the 2nd international RSE conference. This focused on ODK-developed enhancements such as nbdime and nbval that allowed version control and unit testing of notebooks.

The workshop was one of the most popular across the entire conference and, as such, we were asked to deliver it twice in order to meet demand. The only workshop that was more popular was Microsoft Azure who were giving away free credits!!

The RSE community is now thriving with central RSE groups in many of the top UK Universities. The UK Association of RSEs has around 1000 members and became an independent, formal society with full charitable status in 2018. OpenDreamKit member Tania Allard was one of the signatories to this historic document for RSE thanks to her position as elected member of the RSE committee. 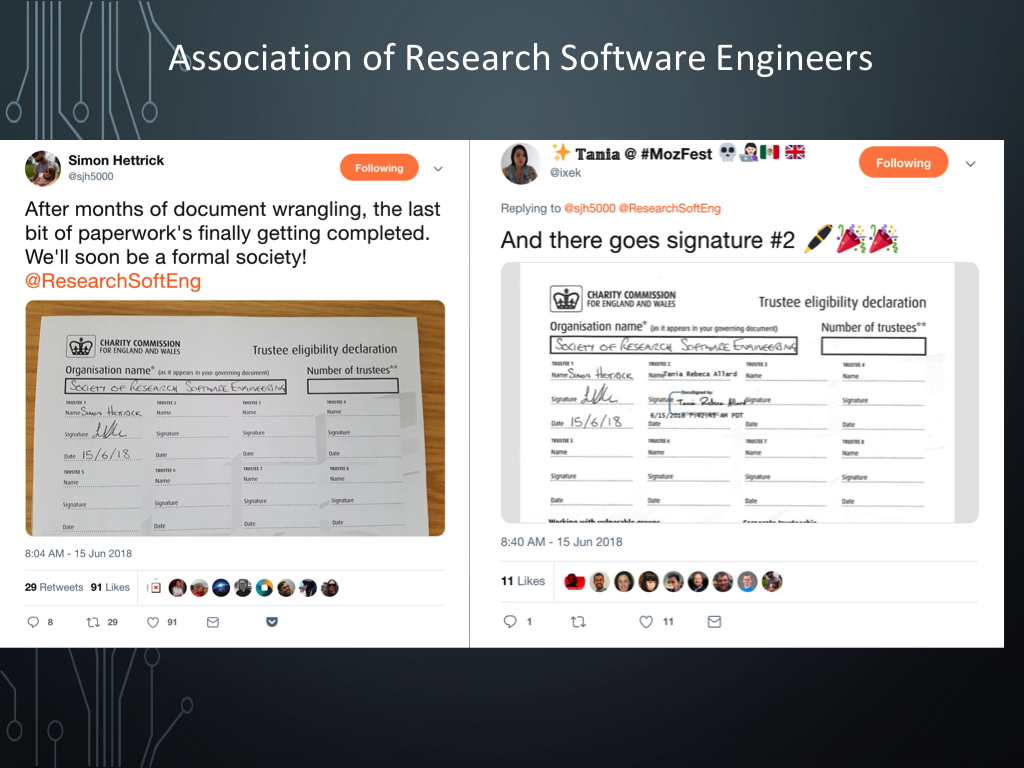