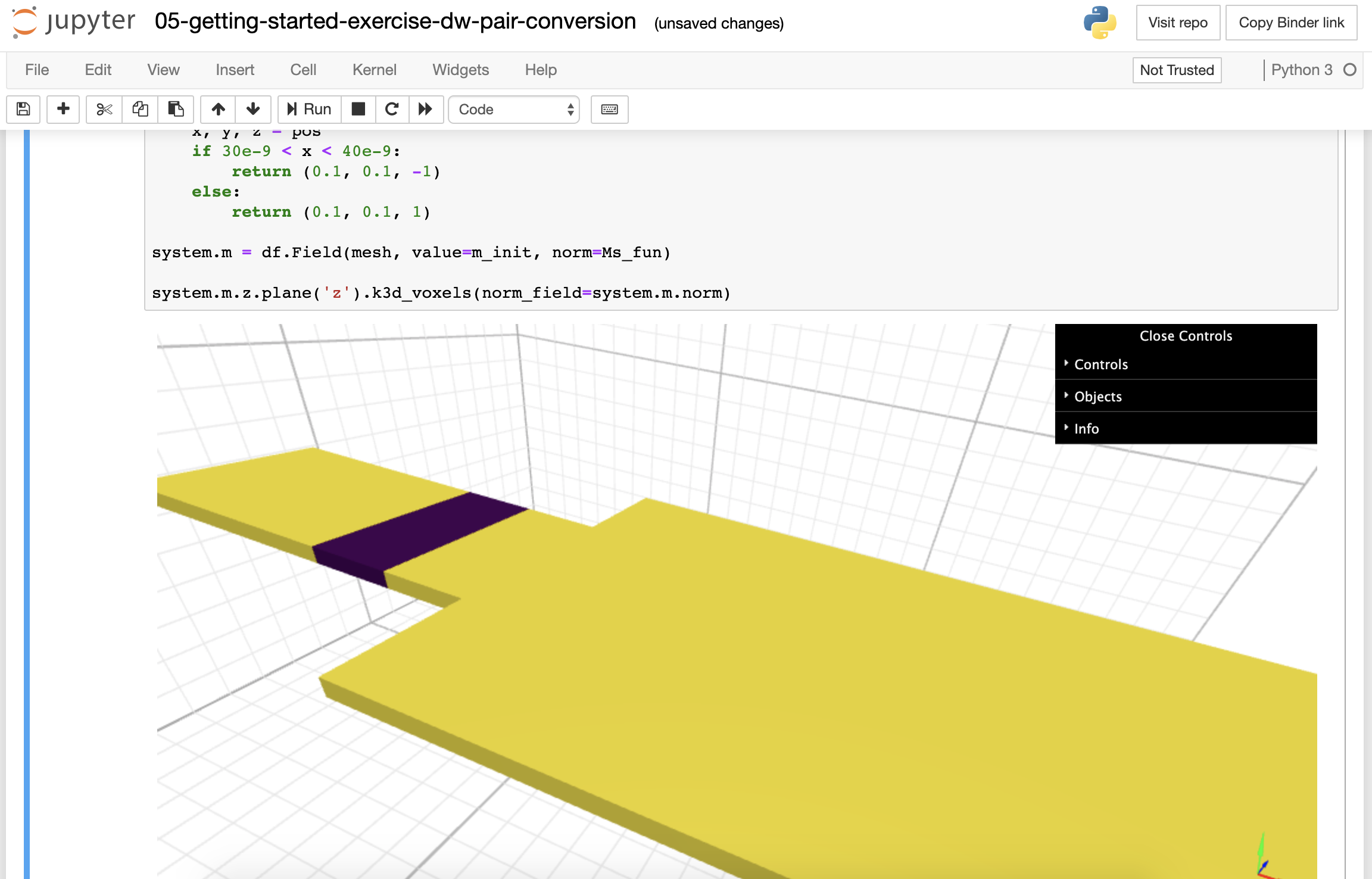 Tom is running micromagnetic simulations in order to explore how does the result change when he varies one of many input paraneters. For every value of an input parameter he has to write a separate configuration file for OOMMF, run them all individually, and then extract the results he is interested in for every single run. Finally, he wants to share his entire computational workflow as a supplementary information to his paper. In other words, Tom wants to automate the entire process and make the entire computational workflow easily reproducible by anyone.

Computational Science is emerging as the third pillar of research and development in academia and in industry across all science and engineering disciplines. Computational studies complement experimental and theoretical studies, and are at times the only feasible way to address research challenges, effective industrial design and engineering of various products and systems.

In the field of magnetism, micromagnetic simulations have become well established and are often the only possible technique for the exploration of different magnetic phenomena. Their use becomes more widespread and reliable as the micromagnetic models, simulation techniques, and the processing power of computers advance.

Computational science brings its own challenges: results based on computer simulation should be reproducible, ideally by the whole research community but at the very least by the authors of the publication. This requires, amongst other things, tracking of all input parameters for a simulation, and all post-processing steps, often for very many simulation runs.

By exposing Object Oriented MicroMagnetic Framework (OOMMF) simulations to the general purpose programming language, all the benefits of various Python scientific libraries become readily available. In addition, by integrating micromagnetic simulations into Jupyter notebook, the entire computational study can be preserved as a single document, containing the code, its output, visualisation, and human-readable text in a single shareable document.

He uses Ubermag, developed as a part of OpenDreamKit, where OOMMF micromagnetic simulations are exposed to all existing Python libraries and embedded in Jupyter. This way, in a single document he can iterate through the entire parameter space he is interested in, he can extract the results, analyse them, and visualise them in a single shareable document.

Apart from that, the computational study he created in a single document can be run “in the cloud” using Binder, so that anybody can run his simulations without the need to have anything installed on the hosting machine; see the publishing reproducible notebooks use case.

By running his micromagnetic study inside the Jupyter notebook, Tom achieved the following:

Before, for every value of an input parameter he had to write a separate configuration file for OOMMF, run them all individually, and then extract the results he is interested for every single run. Later, sharing his computational workflow was difficult and that affected the reproducibility of his work.